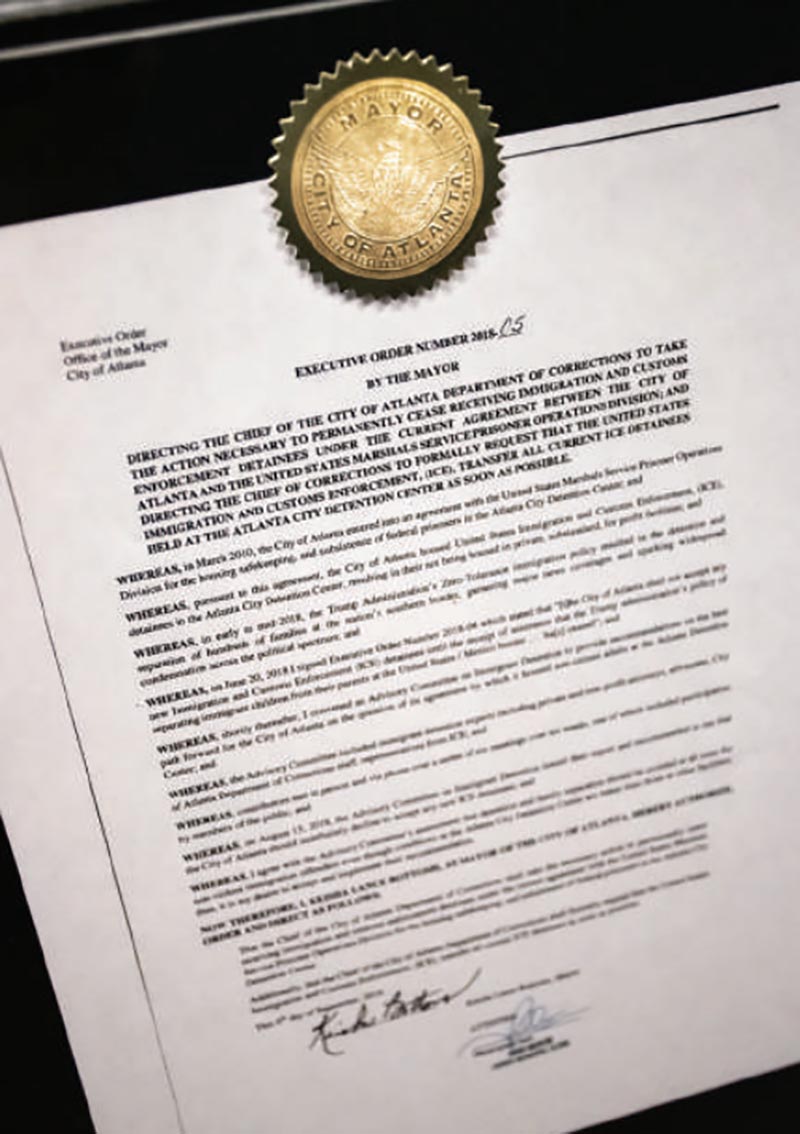 Beginning in March 2010, the City of Atlanta entered into an agreement with the U.S. Marshals Service to house ICE detainees within the Atlanta City Detention Center. In response to the Trump Administration’s enforcement of zero-tolerance immigration policies that resulted in the separation of hundreds of families at the United States/Mexico border, the Bottoms Administration temporarily halted the detention of ICE detainees until a permanent solution was identified.

Mayor Bottoms signed an Executive Order directing the Chief of the Atlanta City Department of Corrections to take the necessary action to permanently stop receiving U.S. Immigration and Customs Enforcement (ICE) detainees under an agreement with the United States Marshals Service.

As we work to achieve our vision of an Atlanta that is welcoming and inclusive, with equal opportunity for all, it is untenable for our City to be complicit in the inhumane immigration policies that have led to the separation of hundreds of families at the United States southern border.