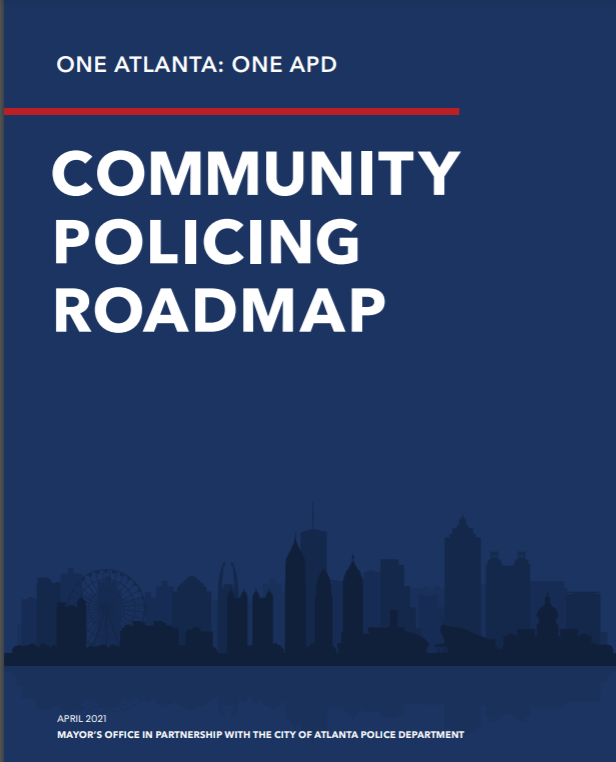 Mayor Keisha Lance Bottoms released the One Atlanta: One APD Community Policing Roadmap—a cohesive community policing strategy that will help reform policing in our community and protect all Atlantans. The roadmap builds on the One Atlanta: One APD Immediate Action Plan to Address Violent Crime and contains specific actions the City of Atlanta has committed to taking to address police reform within the Atlanta Police Department (APD). The strategies outlined in this report focus on building trust between law enforcement and residents — working collaboratively to identify potential issues, solve existing problems and reduce social disorder in neighborhoods.

This roadmap also includes actions the City has already undertaken that have helped bolster the relationship between residents and law enforcement and the impact of these actions to-date. Our Administration continues to build upon the work of the Mayor’s Use of Force Advisory Council, whose recommendations are reflected in various Administrative Orders outlined in this strategy.

In addition to the actions outlined in this roadmap, our Administration will continue its focus on public safety and crime reduction as mentioned in Mayor Bottoms’ 2021 State of the City Address, including a commitment to add 250 new APD officers on the streets within the next fiscal year (with 90 recruits currently in the training pipeline). Together with our partners and key stakeholders, including APD and the Atlanta Police Foundation, we will realize our Administration’s vision of creating One Atlanta, a city that is safe, resilient and equitable for all of its residents.

A key factor in building trust between our officers and the communities they serve is the cultivation of relationships within those communities. While we collectively focus on building that trust, it is important to acknowledge that the vast majority of our officers show up each and every day with the same desire as that of our residents—safe interactions with law enforcement officers that secure our streets and ensure Atlanta remains a world-class city.