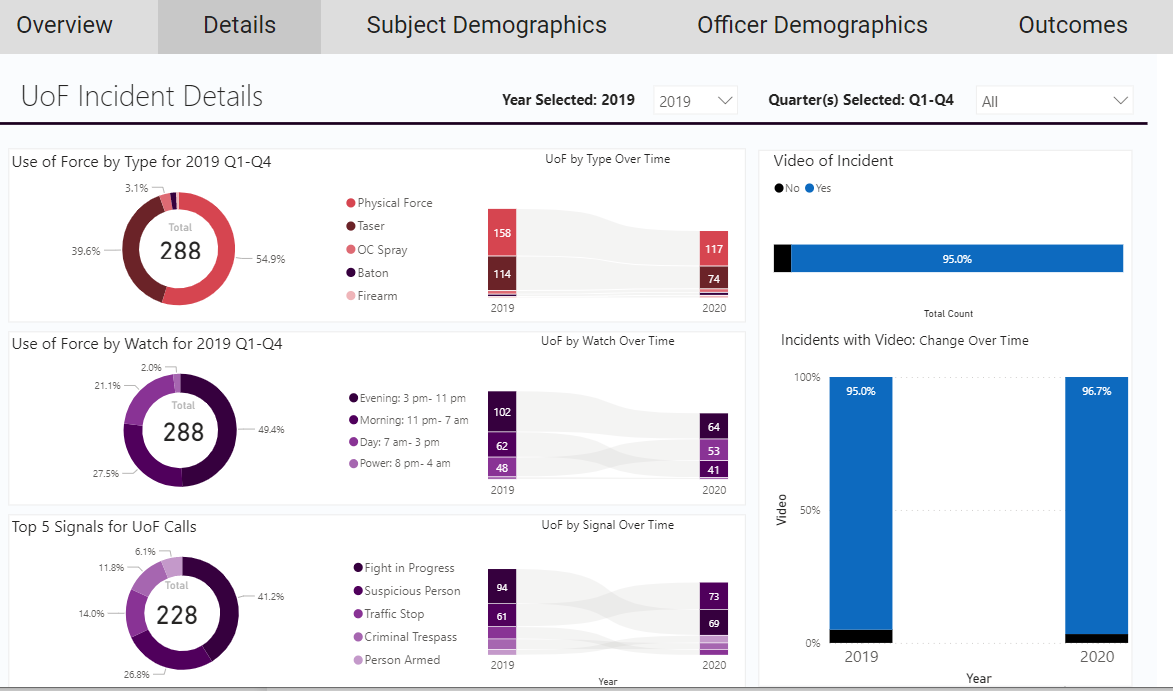 Mayor Keisha Lance Bottoms launched two initiatives per her Administrative Orders related to the Mayor’s Use of Force Advisory Council recommendations: a public use of force dashboard and a video evidence submittal portal.

The creation of the Use of Force Dashboard was a collaborative effort between the Mayor’s Office, Atlanta Police Department (APD), the Atlanta Citizen Review Board (ACRB) and Atlanta Information Management (AIM). The purpose of the Use of Force Dashboard is to improve transparency, increase trust between the public and APD and facilitate fact-based discussions around police performance in the city of Atlanta. This dashboard will be updated quarterly, with the next update expected in October 2021.

The Video Evidence Submittal Portal allows members of the public to submit video footage when filing a complaint with APD, including evidence of an alleged use of force incident. Complaints and associated footage may be submitted anonymously, if desired, and are submitted to APD’s Office of Professional Standards to go through their investigative process. Members of the public may also submit video footage to the ACRB through their online complaint form.

Both of these links are available in the Resources section, as well as each respective agency’s website. For a status update on all the Administrative Orders related to the Mayor’s Use of Force Advisory Council, visit the Path Forward section of this site.

Press Release
Previous
Next
Back to top
